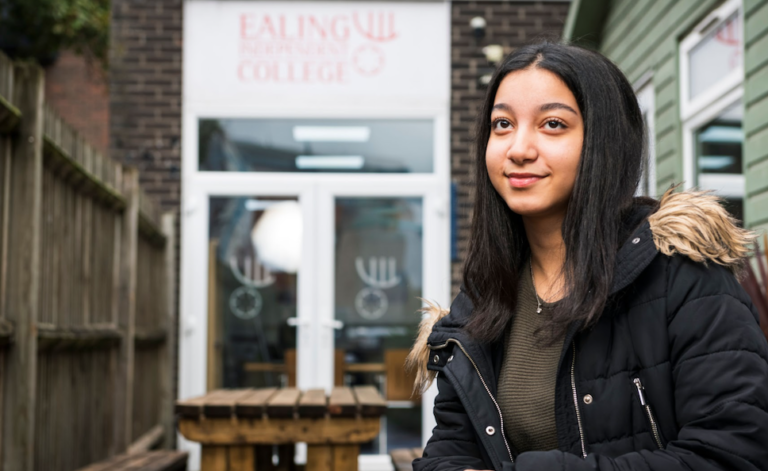 Following last summer’s grading changes, this summer has seen the administration of ‘centre assessed’ grades in schools across the country. How have we at Bellevue supported our teachers to manage this change, and to ensure pupils’ results are fair and anxieties mitigated? Our Education Directors, and senior leaders across our schools and colleges, share their views.

‘In considering the approach, the impact on students was at the forefront of everyone’s minds,’ explains Bellevue Group Education Director, Steve Wade. ‘The process replacing examination in 2020 was significantly flawed, and given a massively high profile in the national media and on social media.

‘Bellevue staff had first-hand experience of the impact of this on students at the time, as well as being aware that students sitting exams this year would have received a huge amount of conflicting information and misinformation.’

The number one priority, therefore, was to ensure that concerns and anxieties for students across the Bellevue group were allayed as swiftly and definitively as possible.

‘I was so relieved that, following the Ofqual Consultation, it was announced that this year we would have centre assessed grades, but this time based on actual attainment rather than prediction,’ comments Hilary Marsden, Head of The Webber Independent School.

This announcement, falling earlier in the year than its counterpart regarding algorithms in the previous academic year, meant that pupils had more time to process the change, and prepare for the new structures.

‘Because there was a longer preparation time than last year’s quite late announcements, with centre assessed grades, there was time to appease the anxieties of the pupils,’ explains David Williams, Bellevue Education Director.

Louise Higson, Headmistress; and David Walker-Smith, Head of Curriculum, at Farlington School, comment: ‘At Farlington, as a result of these grading changes, we are confident that we have had a process that is as fair and as robust as we could muster.’

Hilary agrees that the changes have like a fairer means of assessment.

‘Despite the toll this extended assessment period has undoubtedly taken on them, our students have been grateful for the multiple opportunities to actually demonstrate what they can do and consolidate their grades,’ she says. ‘They have appreciated that they have had many chances to demonstrate their best work, rather than studying for two years to ridiculously cram everything into a 75-minute paper. This is not “real world” learning.’

David adds: ‘Pupils were made aware that they would have multiple attempts; there was a sense that they felt they had lots of opportunities to achieve their potential. This was also the result of the hard work of the staff to communicate to them how it was all going to work.’

Nonetheless, these changes presented an immense challenge for teachers across the Bellevue Group.

‘Given the lack of clear guidance and support from the government, we’ve had to double our workload to give our candidates a fair opportunity,’ explains Allan Cairns, Principal at Ealing Independent College.

‘Whether this would happen – the College filling the gaps left by exam boards – was never under question. We will always put student needs first, because that is the calling of the profession and something which we are absolutely committed to here. But the work of teachers to enable the allocation of exam grades this year has been nothing short of heroic.’

Louise and David Walker-Smith add: ‘The shifting sands of government policy and its corresponding application by exam boards created a considerable challenge, not only for candidates but staff too, as they grappled with the unwanted dual roles of both teacher and examiner.’

‘The additional time involved in marking, feedback, and gap analysis has been enormous for teachers,’ adds Hilary.

In order to support staff in managing this, and achieving fair results, the Bellevue approach to the Centre Assessed Grades was to ‘support and challenge.’

‘In our initial meetings, the Heads expressed a desire for freedom to work within the Ofqual framework in a manner agreed locally, rather than a dictated approach from the group,’ says David Williams. ‘But if needed, they wanted to be able to call on expertise within each other’s schools.

‘They also wanted an opportunity for their systems to be tested and checked by other schools and Education Directors.’

As a result, Bellevue’s Education team hosted a meeting in the summer term, whereby each school submitted policies and presented on how they had assessed, gathered evidence, guarded against malpractice or bias and communicated to staff, pupils and parents. This allowed additional time for staff to review and tweak their systems accordingly.

‘This, we hope, led to further confidence in their systems and processes and an extra layer of checking to produce a fair and accurate set of results for each pupil and examination cohort in the Group,’ explains David.

‘We express our thanks to all teachers who have approached this with such dedication and professionalism with the backdrop of all the difficulties experienced in the last academic year. We look forward to supporting our schools in the upcoming school year, tackling together whatever new challenges may present themselves, and bringing forward the lessons learned.’

For more on centre assessed grades, read Allan Cairns’ blog on the topic.